Trump “the Deal Maker” needs to brush up on his negotiation skills as his healthcare plan failed to get through the House. His avid supporters exclaimed that his businessman tactics will “get the job done” but he failed to deliver on one of his biggest promises, something Republicans have been waiting 7 years to do: repeal and replace Obamacare. But Trump failed to win enough support in his own party, detracting away both moderates and paleo-libertarian members.

The alt-right has been in denial over this huge scar in Trump’s presidency. “News” outlets like Breitbart dare not to associate this failure with Trump. Instead this is was all Paul Ryan’s doing. Take for example this headline from March 7: 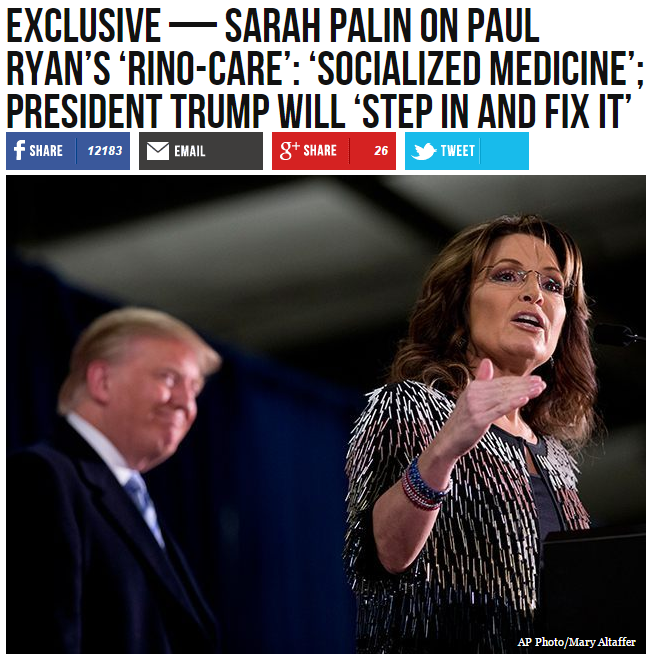 But the reality is “Ryancare” or “Obamacare Lite” is exactly what Trump was hoping to pass. He never planned to fully repeal and replace Obamacare. Before his inauguration, Trump said after a meeting with Obama that he intended on keeping the protections for people with pre-existing conditions which is the very cornerstone of Obamacare. As Steven Pearlstein explained last November:

To guarantee that people with preexisting conditions can get affordable health insurance, you need to have rules requiring guaranteed issue and community rating. To keep insurance companies in business because of guaranteed issue and community rating, you need to have an individual mandate. And because poor people can’t afford health insurance, you need subsidies. Combine all three, and what you have, in a nutshell, is … Obamacare.

Does this mean Paul Ryan shouldn’t share any of the blame? Of course not but he was giving exactly what Trump wanted. The President defended the bill and directly called out the Freedom Caucus for killing it. Call it whatever you want but at the end of the day, it was Trump’s bill and he failed.